Life Is Sweet At Sweetwater

The Best Stories Always Start At A Bar… The Sweetwater Casino never did contain an actual casino, but rather, it got its name during the Prohibition period when it was run as a speakeasy where many came to drink booze and gamble. 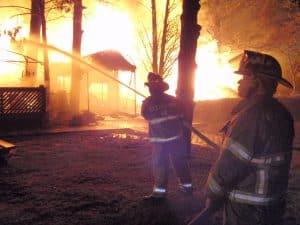 Early one morning in the summer of 2008, a fire broke out at Sweetwater Casino. While the blaze was reported at 4am, Sweetwater’s rural location made it hard for firefighters to control the flames. Ironically, the fire was not put out until after 6am due to a lack of water. Tankers from nearby towns had to be called in. Despite firefighters’ best efforts, the building that held so many memories was destroyed. Investigators later determined that a lightning strike was the cause of the devastating scene.

The Sweetwater Casino was sold shortly after the fire. Its new owners operated it as a small grill and tiki-bar for several summers with live music. In the Winter of 2016, the former Sweetwater Casino was purchased by Mike and Kimmie Iles. Before purchasing the property, the Iles family had spent over 30 summers on the Mullica River.  Knowing the memories, “The Casino” held for so many, Mike and Kim considered themselves very lucky to be able to give life back to one of South Jersey’s best kept secrets.

In the Summer of 2016, the Iles family began operating the property under a new name, the “Sweetwater Marina & Riverdeck.” From 2016-2019, thousands of people flocked to the Riverdeck and some were shocked to find that the local favorite was really just a glorified party tent with a large bar underneath and about 50 picnic tables out on the lawn.

Despite its modest appearance, people quickly realized that the laid-back style of The Riverdeck was one of the best things about the destination! Families enjoyed being able to let their kids play while dining, friends enjoyed sitting back and relaxing by the riverside. Back & Better Than Ever

Shortly after closing for the season in 2019, the Sweetwater crew began demolition and construction. In 2020, the property will feature two brand new, permanent structures.

The building pictured above will be a casual restaurant and bar. It is larger than the original tent so The Riverdeck will be accommodate more people than ever before. The building will also feature multiple roll-up glass doors to merge the indoor and the outdoor dining experience into one. Don’t worry- there will also be plenty of seating out on the lawn just like before!

The larger building on the property will house The Riverdeck’s kitchen, offices and marina clubhouse. The second level of the building will be used as a large banquet facility, featuring beautiful views of the Mullica River.

Congratulations! Now, more than ever, it's important to know and trust your wedding venue. Consider hosting your special day at The Riverview at Sweetwater Marina and Riverdeck. Our exceptional staff will work with you every step of the way to ensure that your day is...

Book Your Event By April To Receive Discount!

PLANNING AN EVENT? Let us help you! Book your daytime event at The Riverview at Sweetwater Marina & Riverdeck between now and April to receive a special discount. Discount is only available for brunch menu, lunch menu and sweet sixteen menus. Check out the menus...

Stay In The Loop: Join Our Text Message List

**All people must be 21+ to enter Sweetwater Marina & Riverdeck after 9pm on Friday-Sundays, or be accompanied by a responsible adult at all times.**

Drop Us a Line

Don't be shy. Let us know if you have any questions!

Want to get the inside scoop on special events? Sign up below for our newsletter!